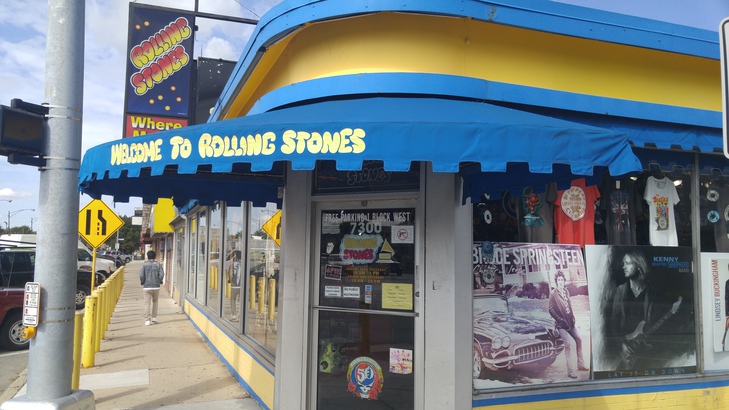 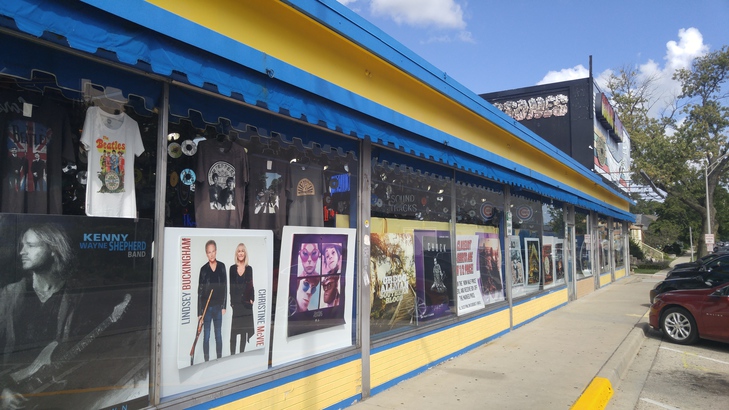 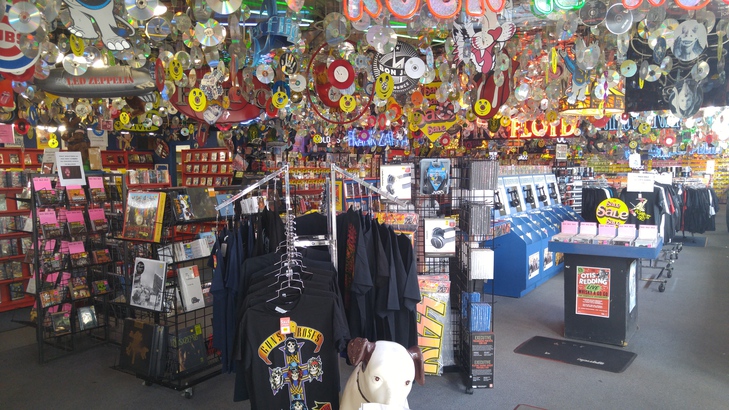 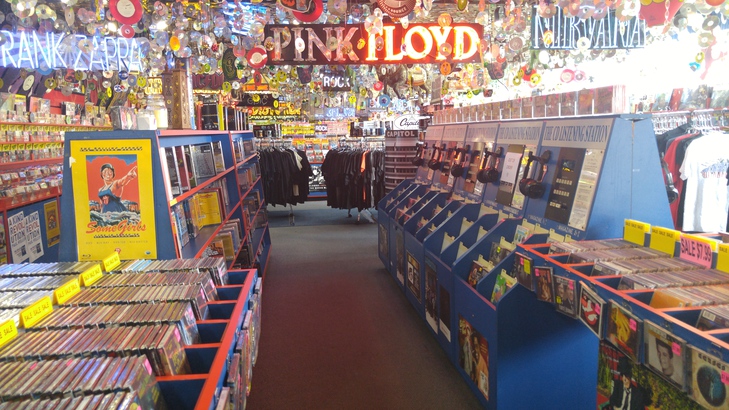 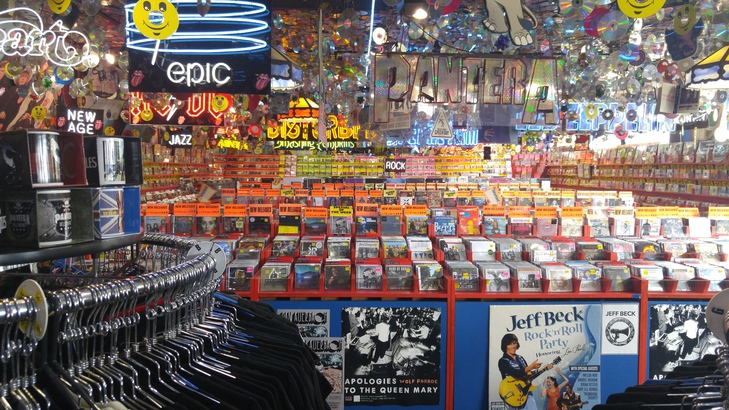 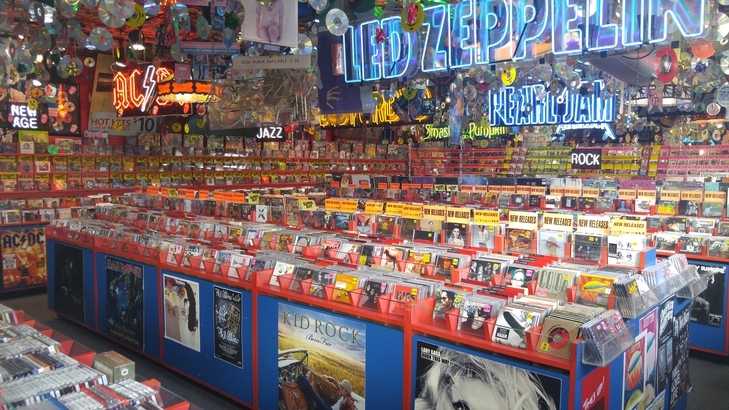 Rolling Stones Records began in 1971 as a small storefront record store. It has grown exponentially over the past 46 years and now occupies one entire side of a city block.

Rolling Stones is well known in the Chicagoland area for its low prices, its large selection of CDs, DVDs, and Videos and its hip atmosphere with brightly colored neon lights and thousands of CDs attached to or hanging from the ceiling. One of the store's unique features is listening stations through which customers can preview almost 100 of the most current releases. Rolling Stones also features an interactive kiosk which allows you to search releases by artist, song title, album title, and over 20 other categories.

We carry a wide selection of the most popular CD and DVD titles, but if there is something you want that we don't carry, we can special order it for you.